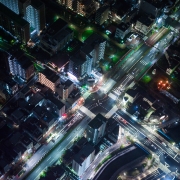 Many businesses and private companies are on the forefront of switching from grass to turf. Major cities such as Austin, Dallas, New York and LA are leaning more towards an environmental friendly trend. Comparing the costs of upkeep for grass vs. turf makes turf a winning contestant. City-wide projects range from parks to sports fields. Even school districts such as Fort Worth ISD and Waco have switched to turf as a means of weatherproofing and cost savings. Some organizations argue that the level and playing surfaces provides a safer alternative than grass as well.

While the cost of turf may seem expensive, the investment pays for itself over time. Unlike grass which needs regular maintenance, and in Texas most likely replanting, artificial grass maintains itself with its internal drainage system. Turf doesn’t require mowing or chemicals or other factors that individuals may not consider like when cities have to close down streets and parks to allow for watering, tending and trimming lawn. This allows for artificial grass to be used to its full potential in public spaces.

Texas Custom Turf has dealt with many commercial properties. The most recent project was a 11,500 square foot install of Diamond Light Fescue at the Westwood Country Club in downtown Austin, Texas. CEO Chris Neighbors said the install “took a little extra TLC and attention to detail. The club itself has large oak trees all over the property, which required a different drainer layer underneath the turf.” The end result can be found below along with an additional property in Alpine for a hotel pool and a duplex complex. These are just some of the many artificial turf projects Texas Custom Turf has done for commercial properties.