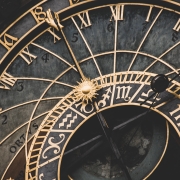 The Astrodome in Houston, Texas had the first ever artificial playing surface. Originally the Astrodome was covered in grass, then problems arose trying to keep the grass well kept. The glare off of the transparent roof caused issues for players trying to catch fly balls. The Houston Astros used “Chemgrass” later named “Astroturf,” which was tightly curled nylon fibers woven into a foam backing.

Introduced in Europe, but made out of polypropylene (what is common today) instead of nylon fibers. This was much cheaper, more comfortable and less risky than nylon. This became known as “shag turf,” following the shag carpet trend.

This development resembled more of an artificial grass look as the fibers were designed longer and had spaced out tufts, with sand splayed between the fibers. This made a more firm and stable surface for players. Then the grass was designed flatter later on, but the development caused injuries in soccer when opponents fell.

Featured an even softer polyethylene blade fiber, with multi colored and multi length fibers with a stronger backing. This well designed turf is the one found on lawns today. It has the most realistic look and feel.