The weather is gradually becoming cooler each day. On the off chance snow comes out to play, what does that mean for your synthetic grass? Well believe it or not we’ve been over this. It should be obvious by now that synthetic turf is almost invincible.

Fun fact: Artificial grass has the capability to drain 30+ gallons of rain per hour, per square yard.

So what we’re trying to say here is your grass is not going to freeze up and give your dog frostbite. We should also point out that your grass will look even better than your neighbors because it’ll be green and beautiful every season.

CEO Chris Neighbors points out, “Well it’s not alive so it doesn’t die. And since it’s essentially a plastic, snow or ice won’t hurt it.” It’s called polyurethane/polyethylene yarns and they are skillfully engineered to endure cold, harsh weather. Even the infill helps out as it slows the freezing from occurring.

“Well it’s not alive so it doesn’t die. And since it’s essentially a plastic, snow or ice won’t hurt it.” – CEO Chris Neighbors 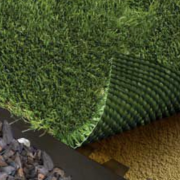 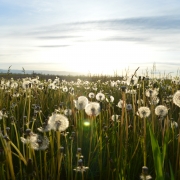 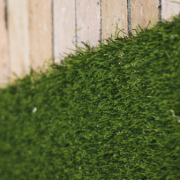